It is our understanding that the guest cottage was moved from an adjacent property sometime in the 1940s.  A dear friend described it as a “sharecropper’s cottage” during our pre-renovation party.  There had been a ceiling leak in the bathroom that caused the entire ceiling to collapse and the debris was left there for years.  The exterior was rather boring but it has a kitchen, living room, bedroom and bath with a claw-foot tub (that we removed and used in our daughter’s bathroom in the main house).    It was one of the first buildings we renovated on the property because we used it primarily for contractor meetings as we lived in the double-wide trailer next to it.  In retrospect- what was I thinking!?!? 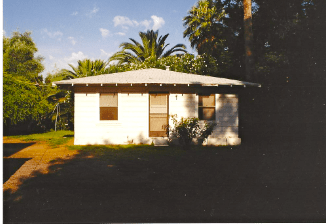 I added antique French shutters, an overhang and a sweet screen door- it is now a lovely usable guest cottage tucked away in the northwest corner. 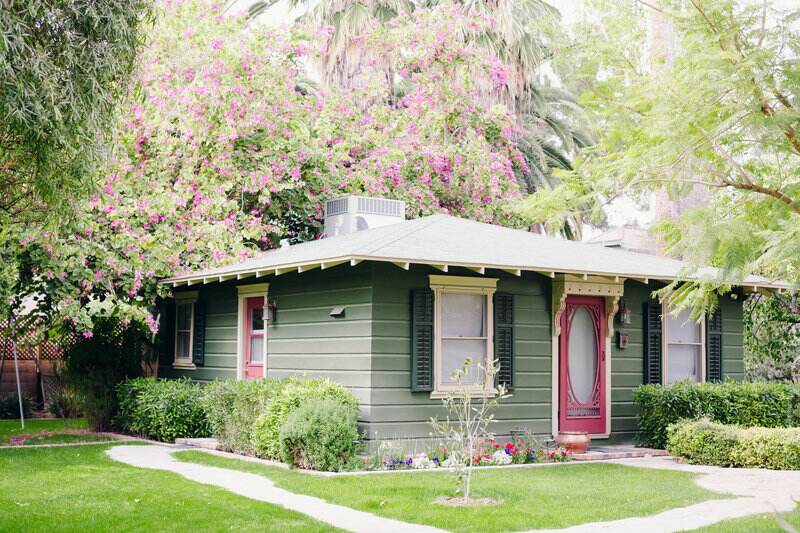 Get Bella Terra in your inbox